The UK’s Health and Safety Executive (HSE) has published its latest health and safety statistics for Great Britain, including information on fatalities, accidents and illnesses by occupation, industry, region and country.

In 2018/19, 145 UK workers were fatally injured at work, a rate of 0.44 fatalities per 100,000 workers. The HSE notes that over the past 30 years, there has been a steady fall in the rate of fatal injury, as demonstrated in the following figure. 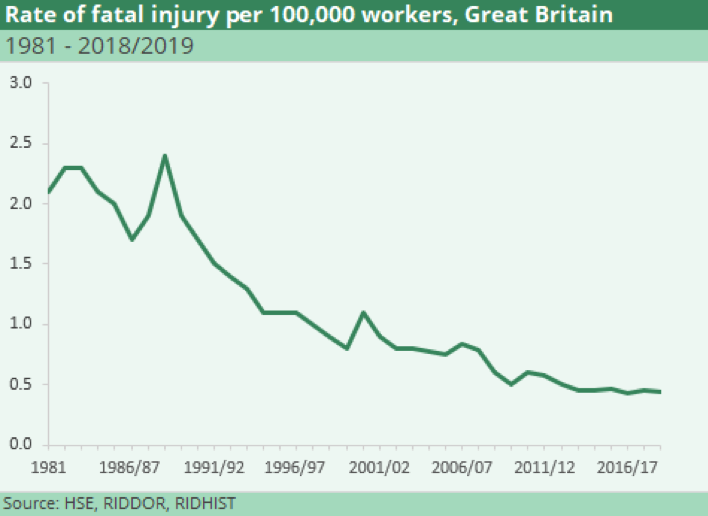 “This reduction is in part due to changes in the industry composition over the period (a shift away from mining, manufacturing and other heavy industry to lower risk service industries),” the report states.

“A comparison of fatal injury numbers between 1974 (when the Health and Safety at Work Act was introduced) and 2017/18, adjusting to allow for the difference in industry coverage of the reporting requirements between these years, suggests that fatal injury numbers to employees have fallen by around 85 percent over this period.”

Breaking the fatality figures down further, it is interesting to note that fatal injuries continue to be predominately to male workers. In 2018/19 139 (95 percent) of all worker fatalities were to male workers, a similar proportion to earlier years.

The figures also show the fatal injury rate for the self-employed is more than double that for employees, and 25 percent of fatal injuries in 2018/19 were to workers aged 60 and over, even though such workers made up only 10 percent of the workforce.

For workplace illness, 2017/18 saw 1.4 million UK workers suffer from an illness they believed was caused or made worse by their current or past work. Over 500,000 of these were new conditions which started during 2017/18. 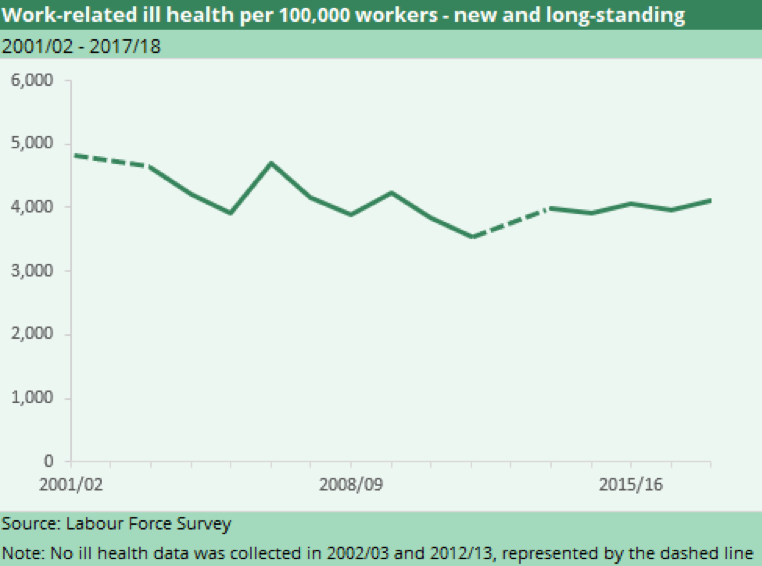 The HSE note that the main driver of differences in health and safety risk is not the geographic area in which someone works, but rather the sector.

In terms of fatal accidents per 100,000 employees, the most dangerous sectors to work in are agriculture, and water and waste, particularly the waste and recycling division of that sector. 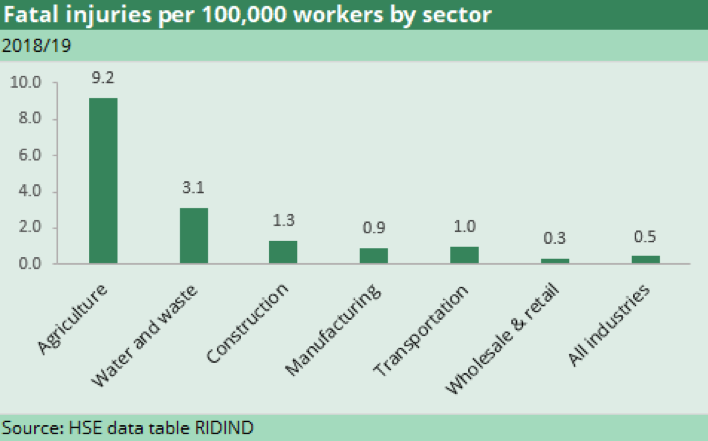 Get the full report here.