Starting the Transition to ISO 45001

Next week marks one year since the long-awaited, and much anticipated, occupational health and safety standard ISO 45001 was released. Tens of thousands of businesses around the globe are already certified, and it is expected that over 500,000 organisations will take up the standard internationally over the next decade.

In October 2018, AS/NZS ISO 45001:2018, Occupational health and safety management systems – Requirements with guidance for use, was officially published by Standards Australia following discussions with industry and regulators (see related article).

Now that the standard has officially been adapted for local use, businesses certified to OHSAS 18001 or AS/NZ 4801 have three years from the 12th of March 2018 to migrate to the new ISO 45001 standard.

ISO 45001 has been prepared using “High-Level Structure”. This is intended to enhance alignment among ISO’s management system standards, and to facilitate the implementation for organisations that need to meet the requirements of several standards simultaneously, for example, the already released ISO 9001:2015 and ISO 14001:2015

With its ‘top-down’ philosophy, ISO 45001 also requires management and leadership to take greater responsibility for health and safety issues.

Certification is a credible way to demonstrate your organisation’s commitment to health and safety, whilst providing a framework that drives continuous improvement.

Improve your company’s Health & Safety image
By implementing ISO 45001:2018 certification, you receive proof of your organisation’s ongoing commitment to the health and safety of your employees.

Demonstrate legal compliance with safety regulations
A certified occupational health and safety management system provides assurance that legal compliance is effectively managed. Implementing an OHSMS is now a legal requirement in many countries. 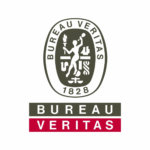 The following webinar provides an overview of ISO 450001 requirements, outlines the differences and relationships between the revised standard, and gives information on managing a successful transition.