Is A Safe Workplace More Productive?

Too many organisations still believe they have to choose between safety and productivity. There is a view, particularly among smaller companies, that health and safety directives exist to stifle the productivity within an organisation.

But safety and productivity are not competing ideals. You do not need to sacrifice one, in order to achieve the other. In fact, the research is overwhelming in the view that safety is productivity.

Part of this is the productivity loss associated with bad health and safety. Injured workers don’t produce anything. Similarly, workers on reduced duties, employee retraining, damaged machinery, and allocating resources to investigation, are all drains on efficiency.

But do good health and safety practices translate to actual boosts in productivity? A 2010 study of manufacturing companies found that companies in the top 20 percent for operational efficiency achieved an injury frequency rate of just 0.05 percent – 18 times lower than the industry average1. Rockwell Automation, the study authors, said good companies see safety as a way to reduce and avoid costs, whereas great companies explicitly link safe practices to increased productivity and performance.

Lockheed Martin, one of the largest companies in the aerospace and defence industry, found that following safety procedures at their Paducah plant earned them a 24 percent increase in productivity, and a 20 percent reduction in factory costs2.

When OHS Japan studied the Lockheed Martin case, it found that the company viewed employee safety and health and productivity as part of a “closely linked process.”

“High productivity rates in manufacturing can only be achieved by focusing on accident- and error-free performance. Safety and productivity are two sides of the same coin and are gained or lost through the rigorous daily focus on details through procedures, work control and effective communication.”

An investment in health and safety is also a direct signal to your employees that you care about their wellbeing. This is the first step in creating a loyal and engaged workforce, and one that buys-in to their employer’s vision. This concept is backed up by a 2011 study by Aviva that found 61 percent of workers would work harder for an employer that invested in the health and safety3. The British Safety Council refers to this as a ‘psychological contract’ between the employer and worker, and says investing in OHS can increase staff morale and organisation loyalty.

These boosts to productivity and performance are also recognised by business leaders. In a 2005 survey, businesses were asked to quantify the benefits of their occupational safety and health investment. The top-ranked factor was increased employee motivation and satisfaction. In fact, almost 40 percent of CFOs cited productivity as the top benefit of an effective workplace safety program4. 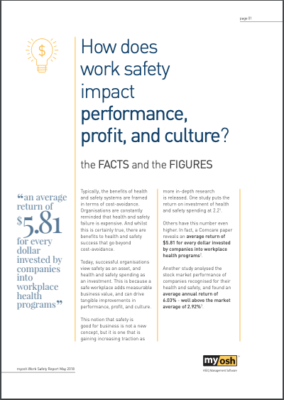 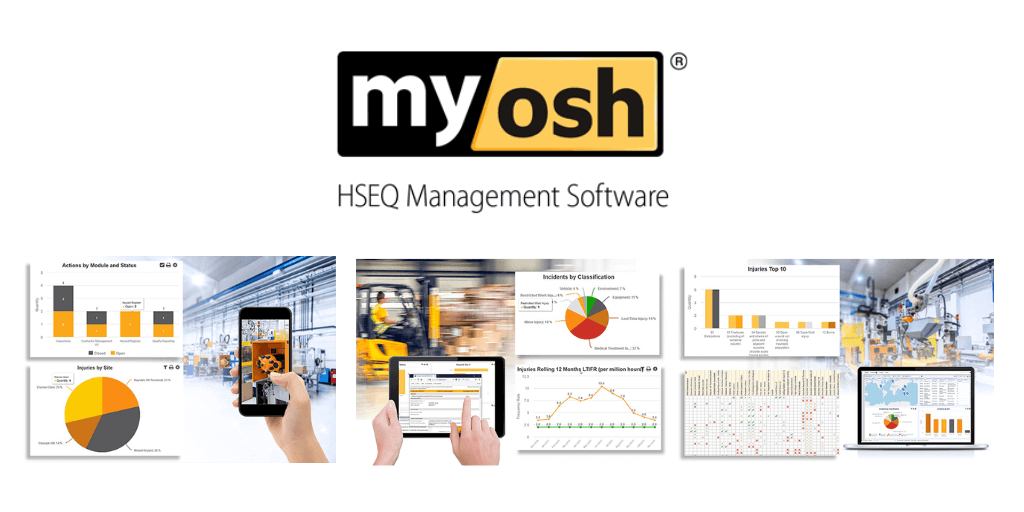