What is the Internet of Things (IoT)?

To better inform business leaders, myosh is conducting a 4-week article series that will take a broad look into IoT technology, and how organisations are using it to drive tangible business value:

Welcome to the connected workplace 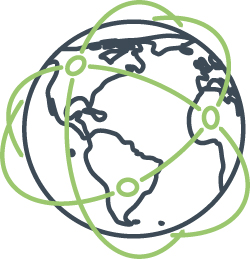 We live in an age of data. In fact, the emergence of data-driven technologies is often referred to as the fourth industrial revolution, or industry 4.0. A term that isn’t thrown around lightly, industrial revolutions are periods of overwhelming change that transform industry and society in a major way, and there’s no reason to believe this fourth revolution will be any different. According to McKinsey, 90 percent of all data in the world today has been produced in the past two years alone, and one of the key technological advancements driving this data revolution is the Internet of Things (IoT).

The IoT refers to the seemingly countless number of physical devices that are now connected to the internet, constantly collecting and sharing data, and communicating with each other. Nearly anything these days can be equipped with a sensor and an internet connection, and can communicate with its environment without the need for human intervention. Machines, lightbulbs, coffee machines, wearables, helmets – everything is producing data. This merging of the digital and physical worlds, which becomes more accessible and advanced year on year, will fundamentally change the way work is done, and carries with it unprecedented opportunities for organisations who use it correctly. This is why adoption is on the rise. Forbes estimates that IoT will be a $520 billion USD industry by 2021.

Data is the new oil. It’s valuable, but if unrefined it cannot really be used. It has to be changed into gas, plastic, chemicals, etc. to create a valuable entity that drives profitable activity; so must data be broken down, analysed for it to have value.Gillan Taddune, CEO of Banyan Water

How does IoT work?

Resources on this topic can often be highly technical and confusing, but they don’t need to be. IoT is sometimes referred to as a system of systems, and an end-to-end IoT solution is made up of four distinct components.

The first step involves the “thing” itself. Devices and sensors are deployed to collect data from their environment. Ultimately, these sensors will connect with each other over the internet to exchange information, and technological advancements mean sensors can now affordably be placed in practically any type of device. Once the sensor is placed, it takes readings from its environment and then translates this information into a digital format.

The data a sensor produces can be as simple as a temperature reading, or as complex as a live video feed. Each device is typically equipped with a sensor to take a reading, and some form of software capable of passing that reading on. The terms sensors and devices are often used interchangeably; however, it’s important to note that a single device can have multiple sensors. Common sensors include:

Connecting to the internet is a core element of IoT system design. Some organisations may run IoT solutions that consist of hundreds, or even thousands, of connected edge devices – all of which must connect to the internet in some way. Depending on the type of device or sensor, its location, and its role in the overall system, the form this connection takes will vary.

When designing a system, organisations must balance several design constraints, including cost, power management, bandwidth, and speed. A connection that might make sense for one device might be impossible for another. Popular connection methods include cellular, satellite, Wi-Fi, Bluetooth, low-power wide-area networks (LPWAN), or direct internet connection via Ethernet.

If you need to send a lot of data over large distances, you will need a lot of power. Cellular and Satellite fit into this category – they offer high range and high bandwidth, but require a lot of power.

To send the same amount of data for less power consumption, you will need to sacrifice on range. This type of connection suits Wi-Fi, Bluetooth, and a direct Ethernet line. Ethernet is restricted by the length of a cable, and the wireless connections of Wi-Fi and Bluetooth may only suit networks where sensors operate in relatively close proximity.

To increase the range and keep the power low, you will have to limit the amount of data being sent. This is a job for Low Power Wide Area Networks (LPWANs). Some sensors don’t need to be transmitting constant data – if a remote sensor operating on a battery is going to transmit a single temperature reading every few hours, then an LPWAN connection is best suited. It offers long-range coverage, long battery life, and low data rates.

An IoT Gateway is a physical device or software program that acts as the connection bridge between the cloud and the myriad of sensors and devices. All data passing from device to cloud, and from cloud to device, passes through the gateway. In simple terms, the devices talk to the gateway, and then the gateway talks to the cloud. So why add this extra step? There are a number of reasons an IoT gateway may be useful, or even necessary, for an IoT solution to be successful.

This step in the system makes sense of all the data that’s been collected and turns it into something useful for the end user. Remember, data by itself offers no real business value. But once it reaches the cloud, software can manipulate raw and unorganised data, and translate it into meaningful information.

This can be broken down into three parts.

What is considered meaningful information will depend entirely on the specific IoT use case and the problems the system is trying to solve. Is it important when temperature reaches a certain threshold? Or when an object is moving too fast? Or when gas is detected?

After it is processed, data can also be stored. Stored data can be used at a later date, or may be kept as a historical reference. It can also be analysed to predict future trends. With the seemingly endless amounts of data that sensors are capable of collecting, it’s important to have a scalable cloud solution that can store all this data. A data retention policy is key because it is expensive, and unreasonable, to expect to keep all IoT data forever.

Interacting with an IoT system:

What is an IoT Platform?

IoT platforms exist as solutions to stages three and four of the IoT system described above, by bundling many of the infrastructure components of an IoT system into a single product.

They bring the data from physical devices into the cloud by using flexible connectivity options, enterprise-grade security mechanisms, and broad data processing powers. Put simply, they gather, store, and securely process the data.

On top of that, the IoT Platform provides the user interface needed to create and manage applications, and to run analytics. Devices and sensors can be monitored, managed, and controlled, and the IoT platform can integrate with other web services.